LS3 retrofit into a 62 Corvette. Calibration Tune Up. 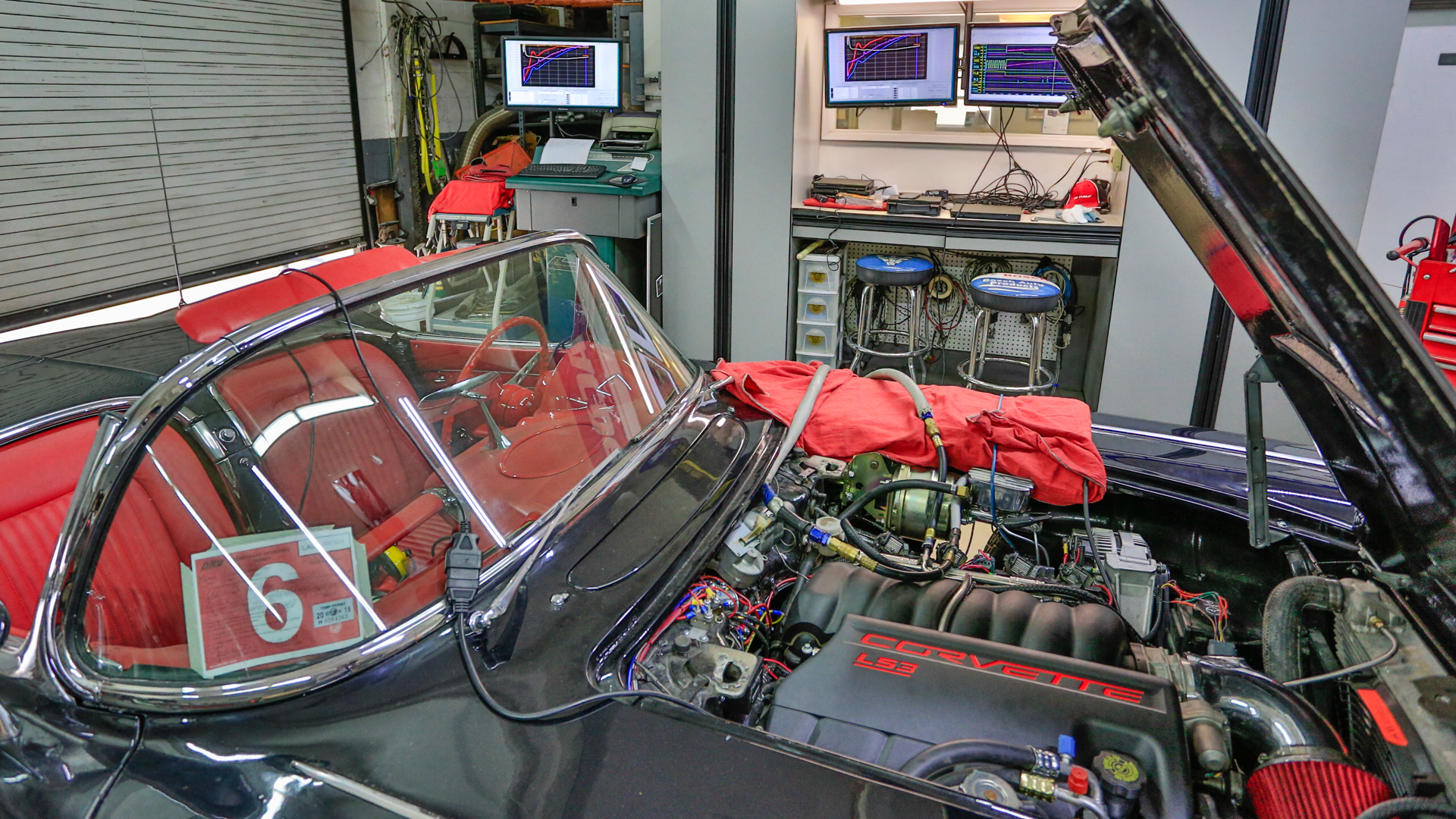 This 62 Corvette was brought to us after the vehicle went through major upgrades including a new C4 rolling chassis and a 6.0L LS3 engine and manual trans were fitted to the vehicle. The vehicle was fitted with an E38 controller and was not running very well. We also were made aware that the engine was fitted with a performance camshaft.

Over the years, we’ve seen many vehicles with similar issues and in most cases we can get to the bottom of the issues and restore overall engine performance and correct for any driveability issues the vehicle may exhibit. In this case our analysis revealed what was needed in order to get this machine back in proper running order. The late model (cartridge style) MAF was used but was placed on a bend just before the throttle body. This signal from the MAF in this location is unreliable and cannot be used for VE calculations. The ECM required many changes to convert to a “Speed-Density” system and then the VE table had to be modeled to fit the profile the VE changes resulted from with the camshaft change. 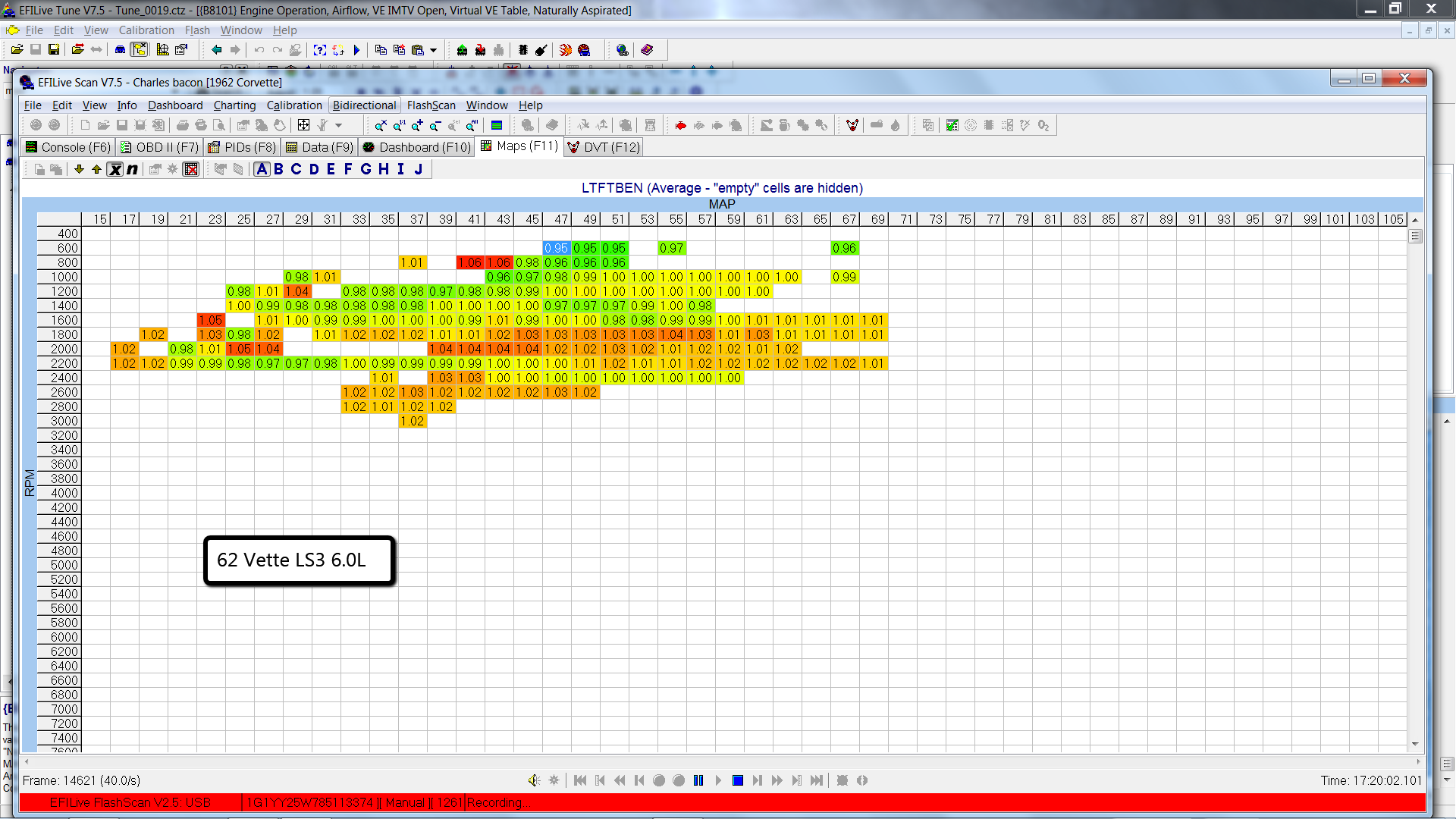 Final fuel correction measurements logged throughout the main load regions the engine will be using under normal load. 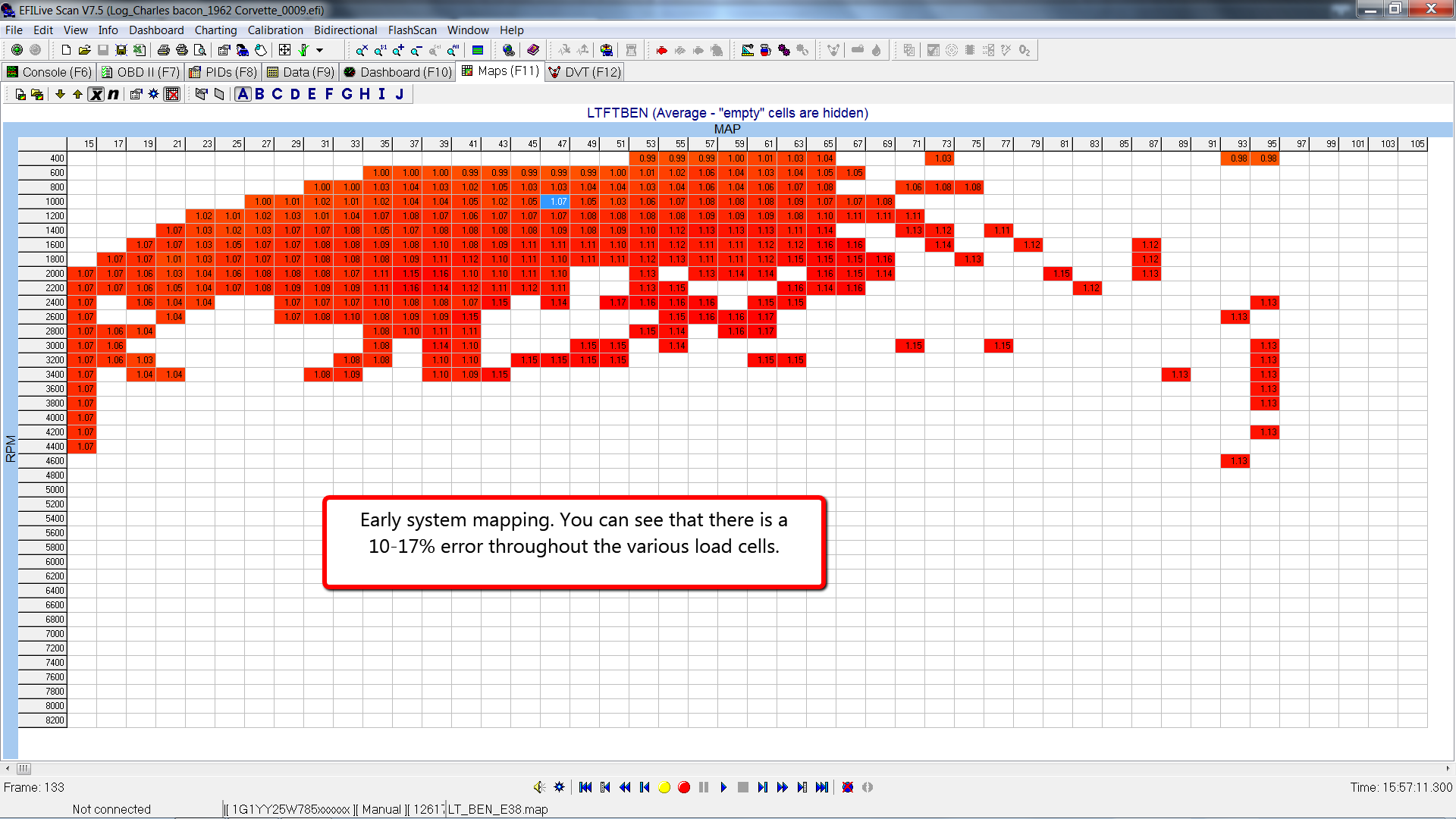 The data table on the left is a mapping of the fuel calculation errors due to the change in the engine volumetrics not being mapped to the engine controller.